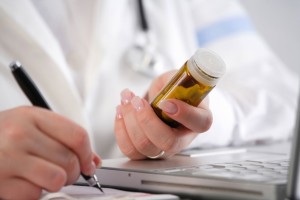 When a doctor makes a mistake, most people understand that he or she can be sued for medical malpractice. When a mistake is more like a reckless disregard for patient safety, that doctor may be guilty of murder.

Dr. Hsiu-Ying “Lisa” Tseng, from Rowland Heights, CA, is on trial for murder after prosecutors alleged that she prescribed thousands of highly-addictive pain killers every day for over three years.

Tseng was arrested and charged with the deaths of three men, all in their 20s, who had sought Tseng out after she gained a reputation for quick and easy opiate prescriptions. One victim traveled 360 miles to her office in order to procure a prescription for over 200 different pills.

Prosecutors claim that Tseng was well aware that she was overprescribing medication. She had been notified over a dozen times that her patients had overdosed on the drugs, and even had one patient overdose in her clinic’s hallways. Regardless, Tseng continued to provide powerful medications to nearly anyone who walked through her doors.

Responsible doctors are aware that painkillers have the potential to be abused. Most take steps to ensure that their patients are not refilling their prescriptions too often or asking for continuingly higher doses. For those who do not take these precautions, their actions may cross the line into medical malpractice or even criminal behavior.

A doctor can be found liable for medical malpractice if she or she acts in a way that is below the applicable standard of care, meaning that no reasonable doctor in the same position would have taken the same actions. For a doctor to be responsible for a painkiller addiction or overdose, tat doctor’s negligence must have contributed to the injury or death.

For example, a doctor who knows that the patient is exhibiting drug-seeking behavior or is an addict has a responsibility to not prescribe that medication. In the same way, a doctor who prescribes more pills than is reasonably necessary or in higher doses than would be needed could also be committing malpractice.

Even when it is clear that a doctor’s poor prescribing choices contributed to an overdose or death, it can still be difficult to hold the doctor responsible for a choice that the patient made. A doctor will usually have had to act in an extremely reckless or irresponsible manner in order for a jury to shift the blame away from person who took the drugs.

These cases are difficult, but not impossible to win. For the best chance at a favorable verdict, injured people need an attorney who understands both the medical and legal ramifications that come with prescribing prescription drugs. As both an attorney and a medical doctor, Bradley I. Kramer, M.D., Esq., understands what you and your family are going through, and will fight to get you the compensation you deserve after medical malpractice.