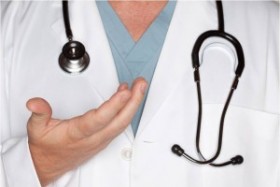 In 2014, California voters turned down Proposition 46, which would have increased the cap on medical malpractice lawsuits and required physicians to be tested for drug and alcohol use. Many voters felt that the law would have been an unnecessary invasion of doctors’ privacy, and that it may have increased the costs of medical care.

Do doctors actually treat patients while under the influence of drugs and alcohol? How big of a problem are impaired physicians? Unfortunately, the numbers suggest that there are more impaired doctors in California that patients may think.

According to the California Medical Board, nearly 18% of doctors, or one in every five, suffers from drug or alcohol problems at some point in their careers. Nationwide, USA Today estimated that reported that over 100,000 doctors, nurses and other health care providers are operating under the influence of drugs and/or alcohol each year.

Part of the problem is the high-stress nature of the jobs. When health care professionals start using drugs or alcohol to cope, they may be unable to stop. Combined with easy access to powerful narcotics, the lure of these drugs may be too much for those struggling with addiction or mental health issues.

Unlike alcohol, which has a distinct odor and can be very obvious to others, narcotics like oxycodone, fentanyl, or Vicodin can be abused in secret for months without the doctor or nurse getting caught. It is usually not until someone gets hurt that the secret gets out and the health care professional is disciplined.

When a doctor is impaired by a drug or alcohol problem, he or she is more likely to make a mistake with patient safety. Accordingly, addicted doctors are subject to discipline by the California Medical Board.

There is no mandatory requirement to report a doctor who is impaired or has a substance abuse issue, though the Medical Board would certainly like such information. When a doctor is reported as having an addiction issue, or makes a mistake because of impairment, the Medical Board may place the doctor on probation, and require him or her to be supervised by another physician for a certain amount of time. In addition, the doctor can be required to complete drug and alcohol testing, or complete a treatment program. In extreme or repeated instances of substance abuse, the doctor may have his or her license to practice medicine revoked.

The Medical Board estimates that 1-2% of California doctors are abusing drugs or alcohol at any time. This means that as many as 2,600 doctors may be currently treating patients while impaired. When an impaired doctor makes a mistake because of a drug or alcohol habit, that doctor is liable for medical malpractice and may be subject to a lawsuit from the patient that was harmed.

When doctor, pharmacist, or other medical professional injures you or a loved one as a result of drug or alcohol abuse, you have the right to take action. At the Trial Law Offices of Bradley I. Kramer, M.D., Esq., we work to help victims of medical malpractice, and will thoroughly investigate your case. Our experienced staff of legal and medical professionals help you recover your losses, including medical expenses, lost earning capacity, pain and suffering, and more.