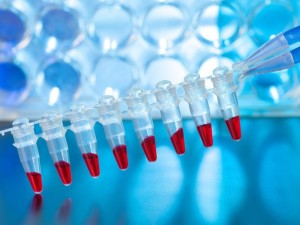 Every year, millions of Americans suffer from traumatic brain injuries (TBI) after being injured in car accidents, sports games, falls, assaults, and combat. A person affected by a TBI can suffer from symptoms ranging from headaches and dizziness to seizures, comas, paralysis, and death.

Previously, the only way to diagnose a TBI was to perform a CT scan which can check for bleeding in the brain. However, this test can only confirm the presence of blood in the brain, and cannot tell doctors about the injury affected the brain cells themselves. This meant that doctors would need to make educated guesses towards the nature and severity of the injury based on the symptoms.

Now, a new blood test may change the way TBIs are diagnosed and treated. According to a study published in the Journal of Neurotrauma, researchers have identified a protein in the blood called brain-derived neurotrophic factor (BDNF), which can help doctors detect a TBI and gauge its severity. This test may help doctors identify which patients would benefit from specialized treatments, extra therapy, or experimental options.

Researchers found that healthy people had an average amount of 60 nanograms per milliliter of the BDNF protein in their blood. Patients with brain injuries averaged about 20 nanograms, and patients the most severe brain injuries recorded levels as low as 4 nanograms of BDNF per milliliter in their blood. These levels were recorded after testing blood taken within 24 hours of the injury.

Many are hopeful that this blood test can be used to identify patients with brain injuries immediately after their injury. Before the development of this test, patients who came to the emergency room after a blow to the head were often sent home if the CT scan showed no bleeding. However, these patients, who may have had low-grade TBIs, would continue to show symptoms like difficulty concentrating or problems with their memory.

The effects of a TBI can linger for years. Patients who are facing years of rehabilitation or therapy need to understand the extent of their injuries so that they can plan for their future. For those who were injured by another person’s negligence or wrongdoing, the BDNF blood test may provide strong evidence in a personal injury lawsuit. If the test shows the severity of the TBI, this information can be used to determine how much money should be awarded to the patient for future medical care and rehabilitative expenses.

A traumatic brain injury can be devastating for the affected person, and his or her family and friends. When a TBI is caused by the negligent act of another person, the victim may be able to file a lawsuit seeking compensation for medical bills, physical therapy, pain and suffering, and any other damages which are appropriate.

At the Trial Law Offices of Bradley I. Kramer, M.D., Esq., we work to help the victims of traumatic brain injuries and fight to get them justice. If you or your loved one was injured as a result of someone else’s carelessness or wrongdoing, we can help you file a lawsuit seeking the damages you need to recover.

For a free consultation with a Los Angeles brain injury lawyer, call (310) 289-2600 or use our online contact form to have your case reviewed today.