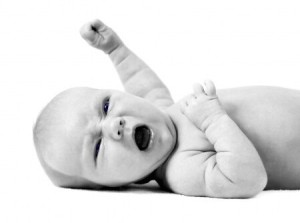 All preterm babies face a difficult road. Being born prematurely puts infants at risk for a host of medical complications and issues, including cerebral palsy.

A pregnancy is considered full term when the mother carries the child for between 37 to 42 weeks. When an infant is born before 37 weeks, that child’s body is not yet fully developed. The nervous system, lungs, and other important organs may not yet be functional. In addition, a preterm baby is no longer protected by the mother’s body, which can lead to infections and other abnormalities.

Many of the problems children who are preterm face are linked to cerebral palsy. Cerebral palsy is more likely to develop in infants with infections, and is also associated with damaged white matter in the brain.

In addition, low birth weight itself is linked with the condition. When a child is born underweight, meaning less than 5 pounds, 8 ounces, then he or she is at a significant risk for developing cerebral palsy. The less a baby weighs, the more likely it is that cerebral palsy will develop in the future.

Can Premature Birth Be Prevented?

Clearly, preventing premature births is an important goal for many reasons. In addition to lowering an infant’s risk of cerebral palsy, full-term babies are much healthier and stronger than those who were born early.

While some premature births will happen no matter what a doctor does, others can be prevented with careful medical treatment.  When a mother is at risk for pre-term labor, medication can be given to slow the process. Other times, steroid injections can be given to the mother which will help the baby’s lungs and brain develop properly.

When a doctor fails to observe the signs of preterm labor, or fails to order bed rest, steroids, or other medication to slow the process, that doctor may be liable for medical malpractice. If, as a result of allowing the pre-term birth to continue, the infant is injured or develops a condition like cerebral palsy, that doctor could be liable for paying that child’s medical expenses.

It can be difficult to tell when an infant’s health problems are the result of a doctor’s negligence. When your medical malpractice lawsuit relies on complicated evidence, you need an attorney who understands the medicine as well as the law. Attorney Bradley I. Kramer, M.D., is both a doctor and a lawyer. He and his team of dedicated legal and medical professionals use their expertise to help you get justice after an injury caused by medical negligence.