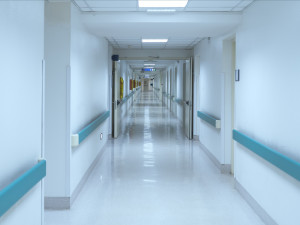 Most Los Angelinos have the privilege of seeking medical treatment at some of the most highly-rated hospitals in the world. Californians who live in more rural areas of the state, however, may be more likely to suffer complications due to medical malpractice or other errors leading to death than their urban counterparts.

The Journal of the American Medical Association (JAMA) conducted an eight-year study between 2002 and 2010 which analyzed prognosis of over 10 million Medicare patients who were admitted to Critical Access Hospitals (CAH). These facilities are hospitals with a maximum of 25 beds which are located at least 35 miles away from another hospital. CAHs are then, by definition, in rural areas, though a hospital which is only 15 miles away from another hospital may qualify as a CAH if it is located in mountainous terrain. In California, there are 34 CAHs serving various rural populations.

Researchers believe that the difference can be explained by a lack of funding, resources, and physicians in rural areas. Larger hospitals have access to more advanced treatment techniques, and it is becoming harder for smaller hospitals to keep up the pace.

The lack of resources and technology may make it more difficult for patients in rural areas to receive quality treatment. Though these CAHs may not be able to help their insufficient funding, patients who are hurt by a lack of quality care should not also have to suffer.

While every hospital strives to help and heal their patients, many are still falling short. When a hospital’s errors or mistakes causes you injury, you shouldn’t have to suffer in silence. At the Trial Law Offices of Bradley I. Kramer, M.D., Esq., our dedicated medical and legal staff will evaluate the hospital’s error, and will help you develop a medical malpractice case. Dr. Bradley I. Kramer is both a medical doctor and an attorney, and has the unique expertise you need on your side to fight for adequate compensation after an accident or injury.