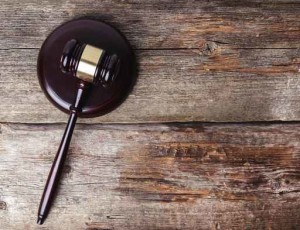 School districts have an obligation to keep their students safe. When a school fails to do this, and its actions result in an injury or death, the school district can be responsible for paying compensation to the student who was injured.

This duty to care for the health and safety of students extends off of school grounds when a district provides transportation, like buses, to its students. When students take the bus, they must be picked up and let off in an area that is reasonably safe. In San Bernardino, the school failed in this obligation, and was ordered to pay millions in damages.

In 2010, 15-year-old Jin Ouk Burnham was walking to catch his bus in the City of Fontana. The only bus stop available to him was on the opposite side of Duncan Canyon, a five-lane highway uncontrolled by traffic lights or stop signs. Burnham was struck by a vehicle and catastrophically injured, succumbing to his injuries two weeks later.

After initially denying the claims (and subsequently being sanctioned for hiding evidence) the school district was found liable at trial and the jury awarded Burnham’s mother over $20 million in damages for his wrongful death.

Cases like this highlight the need for school districts to take student safety seriously. State law says that a school district has a duty to supervise children and provide reasonably safe accommodations. When school officials are negligent and fail to put safety first, tragedies occur.

If your child was injured while at school or while taking the bus, you may be able to file a lawsuit against the district responsible. However, the process of suing a school district is very different than suing an individual person. In many cases, public schools are considered part of the state government, and the school may be immune from certain kinds of lawsuits.

In addition, most districts require an injured student (or the parent of an injured student) to file a claim with the school shortly after an injury in order to start the lawsuit process. If this deadline is missed or if procedures are not followed, a student may not be allowed to file suit at all.

Successfully filing a claim against a school district for your child’s injuries takes an experienced and knowledgeable attorney. At the Trial Law Offices of Bradley I. Kramer, M.D., Esq., our dedicated staff of medical and legal professionals can evaluate your injury case and help you understand your legal rights. If you would like to speak with an experienced Beverley Hills personal injury attorney, contact Dr. Bradley I. Kramer today by calling (310) 289-2600 or use our online case evaluation form to have your claim reviewed for free.