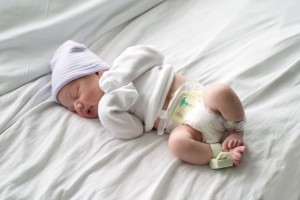 During pregnancy, a woman’s body changes in a myriad of ways. While the majority of these changes benefit both the mother and her baby, some women’s bodies react to the changes of pregnancy poorly. The body may begin reacting differently to normal hormones, which may affect the success of the pregnancy.

For nearly 18% of pregnant women, their bodies will stop processing insulin, leading to gestational diabetes. These women may have never been diagnosed with diabetes previously, and the condition usually goes away on its own after birth. During the pregnancy, however, excess insulin in the mother’s blood can cause the fetus to gain too much weight, leading to complications like preeclampsia and hypertension. An oversized baby can also cause complications during birth, and will likely need to be delivered via a cesarean section.

For decades, gestational diabetes has been treated with a variety of medications, including insulin, metformin, and glyburide. In a recent study conducted by the University of North Carolina, researchers found that pregnant women treated with one of these drugs had a much higher risk of complications before and during birth.

The study examined the pregnancies of over 110,000 women between the ages of 15 and 45 from 2000 to 2011. Women who already had diabetes were excluded from the study. Of the women who developed gestational diabetes during that time period, 54% were treated with glyburide, and 46% were treated with insulin.

Compared with women whose gestational diabetes was treated with insulin, the babies of women who took glyburide had a 41% higher risk of being admitted into the neonatal intensive care unit, a 63% high risk of experiencing respiratory distress during birth, and a 43% risk of being oversized.

On the positive side, women who took glyburide and had a cesarean section actually suffered fewer complications that those who had a C-Section while taking insulin. After reviewing the results of the study, researchers concluded that there were still many lingering concerns about the use of glyburide which needed to be addressed before it should be recommended for pregnancy.

It is important for women to understand the risks of every medication they take during pregnancy. Doctors and obstetricians should make sure each mother is aware of how the drug may affect both her and her baby, and should offer each woman the opportunity to make an informed decision about her health.

If your obstetrician failed to warn you about how a medication might affect you or your child, and that medication actually caused you harm, you may have the right to file a lawsuit for your injuries. At the Trial Law Offices of Bradley I. Kramer, M.D., Esq., our dedicated medical and legal staff will evaluate your injury and your medical case history, and can help you protect your rights. Bradley I. Kramer is both a medical doctor and an attorney, and has the unique expertise you need on your side to fight back after a doctor’s negligence.