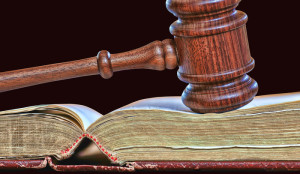 Successfully pursuing a personal injury lawsuit is like preparing for war. It is important for everyone on the plaintiff’s side to be prepared for attacks and defensive maneuvers which can change the course of a legal battle. If you are planning on filing a lawsuit in the future, be prepared for these common defense tactics which may be used against you in your case.

The primary tactic defense attorneys use when faced with an injury case is to shift blame onto the victim. If the defense can prove that the injured person was totally or partially at fault for the injuries, the defendant can reduce his or her liability.

In California, the law follows a rule called “pure comparative negligence.” This means that any verdict that a plaintiff receives will be reduced by the percentage that the injured person was responsible for his or her own injuries. For example, suppose Anna was in a car accident with Bill. Anna was speeding, and had to stop suddenly for a changing stoplight. Bill was tailgating her, and crashed into the back of her car. If Anna files a lawsuit against Bill, the jury will be charged with apportioning fault. The jury may find that Anna was 40% responsible for the accident, while Bill was 60% responsible. If the jury awarded Anna $100,000 for her injuries, the verdict would be reduced by 40% to $60,000 in order to account for Anna’s proportion of the fault.

In some injury cases, the defense will argue that the injured plaintiff assumed the risk of a dangerous activity. Some activities, like whitewater rafting or skydiving, are so inherently dangerous that a person is assumed to know the risks of these activities.

This defense is also commonly used when patients are injured by risky or experimental medical procedures. When a patient is informed of the potential risks and side effects of a treatment or surgery, the defense will argue that the patient assumed the risk by agreeing to the treatment and thus should not recover damages.

Finally, defense attorneys may attack a plaintiff’s treatment decisions (or lack thereof). The attorneys may argue that the injured person should have sought treatment for the injury sooner, which contributed to the extent of the harm caused. Or, the attorneys could argue the opposite, and claim that treatments were unnecessary expenses which should not be compensated.

Regardless of what type of injury you or your loved one suffered, an experienced and knowledgeable injury attorney will be prepared for these attacks. As both an attorney and a medical doctor, Bradley I. Kramer, M.D., Esq., can justify your treatment decisions and fend off unwarranted claims of contributory negligence. For a free consultation at the Trial Law Offices of Bradley I. Kramer, M.D., Esq., call us today at (310) 289-2600 or use our online contact form to have your case reviewed for free.