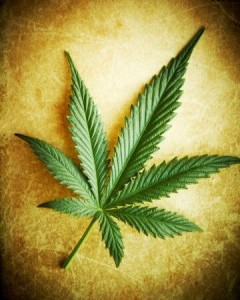 Some jobs do not take much skill or concentration. For these workers, smoking marijuana while at work may not be dangerous at all. Most of these people, however, are not neurosurgeons.

In September, the Medical Board of California filed a complaint against a UC San Diego doctor who they accused of smoking marijuana daily, even when she is at work or on call. According to the complaint, the Medical Board first became aware of Dr. Gunjan Goel’s marijuana use in May of 2014.

In January of this year, investigators asked Goel about her marijuana use and requested a hair sample. Goel admitted to smoking marijuana on her days off, but did not admit to using the substance at work.

Goel has not been accused of harming patients while under the influence of marijuana, but her cases and patients’ health will certainly be reviewed by the Medical Board. The fact that the Medical Board had received complaints about Goel’s marijuana use in the past indicates that it was enough of a problem that someone noticed and was concerned enough to file a complaint.

Using drugs or alcohol when conducting intricate surgeries is obviously a dangerous and irresponsible act. Unfortunately, the Medical Board estimates that nearly 1 out of 5 doctors will suffer from a drug or alcohol problem during their career. The Board is then charged with both making sure that these doctors receive treatment and ensuring that patients are not harmed.

When a doctor is impaired by a drug or alcohol problem, he or she is more likely to make a mistake with patient safety. In a case like this, the Medical Board will likely discipline Goel, and could require her to complete a treatment program, random drug testing, or be supervised for a period of time. If her behavior does not change, the Board could revoke her medical license.

Statistics show that as many as 2,600 doctors in California may be abusing drugs and alcohol. When an impaired doctor commits an act of negligence or makes a mistake while treating patients, that doctor can be held responsible in a medical malpractice lawsuit for the injuries they cause because of their addiction.

When doctor, pharmacist, or other medical professional injures you or a loved one as a result of drug or alcohol abuse, you have the right to take action. At the Trial Law Offices of Bradley I. Kramer, M.D., Esq., we work to help victims of medical malpractice, and will thoroughly investigate your case. Our experienced staff of legal and medical professionals help you recover your losses, including medical expenses, lost earning capacity, pain and suffering, and more.