“I am very lucky. What I do does not seem like work because I thoroughly enjoy getting to know our clients, understanding their difficulties and solving their problems.”

In that period of time, Dr. Kramer has recovered well over $100,000,000 for his injured clients in connection with injuries that have involved literally every bodily system, including brain injuries, neck injuries, chest wall injuries, heart and lung injuries, abdominal injuries, orthopedic injuries (including arms, legs, shoulders, hips, elbows and wrists), genitourinary injuries, kidney injuries, foot injuries, and more.  If there is a bodily injury, Dr. Kramer has litigated it.  More likely than not, Dr. Kramer has also treated that same injury at one point or another during his time spent as a practicing physician.

As a smaller part of his practice, Dr. Kramer routinely assists in the litigation of complex business disputes, having recovered significant amounts of money for his clients from major motion picture studios, accounting firms, and other prominent business entities in and around Los Angeles.

Dr. Kramer, a native of Chicago, attended the University of Michigan-Ann Arbor from 1993-1996 where he received his bachelor’s degree in biology with high distinction after three years.  Dr. Kramer not only led the University of Michigan men’s varsity tennis team to a Big Ten Conference championship (1996), and was named an Academic All-American and team captain, but he was also a member of the Phi Beta Kappa National Honor Society as well as the Golden Key National Honor Society.
After graduating from the UofM, Dr. Kramer subsequently attended medical school at the University of Illinois and in 2000 received his medical degree with High Honors.  After completing a medical internship program at UCLA, Dr. Kramer received his California Medical License as a physician and surgeon, which he has continuously held and kept current since that time.

Dr. Kramer received his law degree from Stanford University Law School in 2004, where he founded the Stanford Medical Ethics and Law Society, the Stanford Animal Law Society, and the Student Chapter of the Animal Legal Defense Fund. As his senior thesis, Dr. Kramer dedicated months to investigating medical tort reform and the impact of large pharmaceutical lawsuits, such as Phen-Fen.

Dr. Kramer prides himself on being a ferocious and unwavering litigator, having directly recovered, or assisted in the recovery of millions of dollars from, among other entities, individual doctors, hospitals, pharmacies, Blue Cross/Anthem, and the Los Angeles County Sheriff’s Department.

In his spare time, Dr. Kramer remains a competitive tennis player, and has traveled to over 50 countries so far, by spending 1-2 weeks every year traveling to a new international destination not previously visited by him.  Dr. Kramer also enjoys spending time with his wife and children. 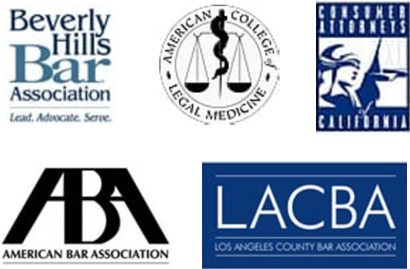