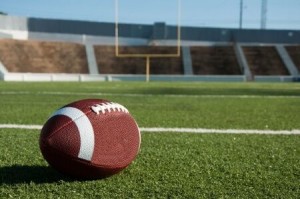 Football is a rough sport, regardless of how many precautions the athletes take. While tackling is an integral part of the game, the hard hits that the players sustain can cause lasting and permanent damage.

One UC Berkeley player is fighting back against the injuries he suffered by suing the university for medical malpractice after the athletics department failed to warn him of the dangers of concussions and failed to prevent the multiple concussions he incurred while playing for the Golden Bears.

From 2004 through 2008, Bernard Hicks played safety for the University of California Berkeley. He alleges that he sustained numerous concussions both in games and in practice, and that his athletic career left him with permanent and debilitating neurological injuries which have caused him to suffer from depression, dizziness, memory loss, blurred vision, double vision, and thoughts of suicide.

The lawsuit is not the typical medical malpractice case, as Hicks is not alleging that that team doctors misdiagnosed him or injured him while treating him. Usually, medical malpractice lawsuits are filed after a doctor does or fails to do something which injures the patient. If those actions, or lack of actions, falls below a reasonable standard of care for a patient of the same age and affliction, then that patient can pursue damages in a medical malpractice case.

In this case, Hicks is basing his claim on medical negligence. The lawsuit claims that Cal Athletics failed to warn its athletes of the dangers associated with concussions, and that had Hicks known of the dangers, he would have stopped playing football.

While it may be difficult to prove that Hicks was unaware that the repeated concussions sustained during a football game or practice could lead to brain injury, all doctors do have a responsibility to warn their patients of the dangers that a certain course of action may take. Whether it is potential complications from a surgery to the side effects of a particular medication, patients have the right to be completely informed about the risks that they will take with their health.

When your medical malpractice lawsuit relies on complicated evidence, you need an attorney who understands the medicine as well as the law. Attorney Bradley I. Kramer, M.D., is both a doctor and a lawyer. He and his team of dedicated legal and medical professionals use their expertise to help you get justice after an injury caused by medical negligence. If you believe your doctor’s delay in diagnosing or treating your condition caused you harm, you may have a case for malpractice.