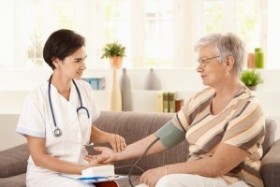 California, and Los Angeles in particular, has a serious problem with the treatment of its elderly population. A new agreement between Los Angeles County and the state hopes to address the deficiencies in the county’s nursing homes, which should help protect its vulnerable population of older adults.

According to statistics released by the state of California, Los Angeles County takes the longest time to investigate reports of complaints and abuse. On average, it takes the county 352 days to complete an investigation, almost 100 days more than it takes the next lowest-performing county.

In addition, the county currently has backlog of over 10,000 complaint investigations, many of which have been open for over two years.

County officials blame this state of affairs on too few investigators and not enough funding from the state. However, the county recently announced a new contract with the state which hopes to address the backlog and the county’s investigation time.

Under the new contract, the county’s budget for its nursing home investigation program will be boosted from $26 million to $41 million. The county will hire 70 new nursing home inspectors, which should allow it to perform investigations in a timelier manner.

In addition, the county’s role in the nursing home investigation process will be scaled back. The state will take over some duties, like the initial reviews of new nursing home locations, in order to give the county officials more time and resources to devote to other areas.

The new investigators and additional budget should help California reduce the number of failing nursing home facilities, and will hopefully better address allegations of abuse and neglect. In California, as many as one in five nursing homes do not meet state standards, and at least one in three nursing home patients are abused or neglected nationwide.

Elderly, infirm, or disabled patients are the most vulnerable people in the state. When nursing home residents are abused or neglected, the health care providers who mistreated them can be liable to that person and his or her family in medical malpractice or elder abuse lawsuits.

At the Trial Law Offices of Bradley I. Kramer, M.D., Esq., we work hard to help people injured by malpractice or abuse, and pride ourselves on holding wrongdoers responsible for their actions. Our compassionate and experienced staff of legal and medical professionals will evaluate your family’s nursing home abuse or malpractice case, and we will help you understand your family’s rights.